The Organization of Islamic Cooperation (OIC) will meet Tuesday to discuss what is being called “the Israeli escalation against the occupied Syrian Golan.” The driving force behind the meeting was a request by Kuwait, which holds the rotating chair of the OIC Council of Foreign Ministers.

Kuwait wants the group to ‘take a unified and strong position… on the Israeli government’s [cabinet meeting] held in the occupied Syrian Golan” — that is, the government held its cabinet meeting last week for the first time on the Israeli Golan Heights, ruffling just about everyone’s feathers that day except those in Israel.


The Arab nation was likewise upset by Prime Minister Benjamin Netanyahu’s remarks on that day, in which he stated “the Golan Heights will forever remain under Israeli sovereignty.”

This is not news to any Israeli — after all,the Golan was annexed to Israel decades ago, in 1981 – but the OIC considered the statement a provocation. A statement released by the Arab organization named it a “serious escalation and flagrant violation of the resolutions of international legitimacy and international law.”

In fact, every single bit of territory won by Israel in the 1967 Six Day war – a defensive, existential war for survival – is still in fact considered by the international community a violation of some resolution or regulation decided in the global forum.

Last Thursday a similar meeting was held by the Arab League, calling for a special criminal court to hold a session on Israel. European nations such as Germany joined the United States – Israel’s “best friend” – and Syria in their condemnation of Netanyahu’s statement.

The move by the U.S. was particularly odd, given that Netanyahu has been especially careful not to criticize President Barack Obama publicly in any way despite provocations by his staff.

For half a century, half of the Golan Heights has been a sovereign part of the State of Israel. Prime Minister Netanyahu simply reiterated the fact that it is not realistic nor sane to expect the state to return such a strategic territory to an enemy nation bent upon Israel’s destruction. 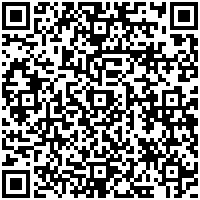