The IDF investigation of the beating of a Danish agent provocateur Andreas Ayas of the International Solidarity Movement (ISM) by Deputy Bik’ah Brigade Commander Lt. Col. Shalom Eisner, will be presented Tuesday the the IDF Chief of Staff, and it appears that the report will recommend to remove Lt. Col. Eisner from office, but keep him in the army.

However, the legal proceedings against Eisner will continue, and may affect his future career. The investigation was headed by Central Command Chief, Gen. Nitzan Alon.

On Tuesday, Denmark has demanded clarification from Israel about the incident and the investigation. The Foreign Office updated the Danish Ambassador in Israel about the steps taken since the exposure of the video online. President Shimon Peres attempted to minimize the damage when he said that “The IDF responded clearly, and we must await its conclusions. It’s an isolated incident that should be investigated, and we should avoid far-reaching conclusions.”

Beyond the moral aspects, the investigation also dealt with the operational conduct of the forces in the field during the event. In this respect, the report found failures, primarily in inadequate preliminary preparations for the event; the force that was sent into the area was too small and did not receive police support as required.

On Monday, 83 reserves officers and soldiers sent the Defense Minister and the IDF Chief of Staff a letter supporting the Eisner, who had been suspended from his post.

Hagit Rein, grieving mother of the late Major B’naya Rein who was killed in the Second Lebanon War and whose body was recovered by Eisner under fire, called the Army Radio to express her dismay at the way Eisner was being judged by the “media court.”

During that war, B’naya Rein assembled a special force to assist damaged tanks. He was killed on that mission for which he had volunteered, and his body remained in enemy territory. At the command level it was decided that rescuing the body was too dangerous, according to the reservists’ letter. Then it was decided they lacked the necessary resources for a rescue mission.

After three days, Shalom Eisner, who was then commander of an armored battalion, heard about the abandoned body and said it was unacceptable that the body of an army officer would be lying on the ground while his parents were waiting for him at home. Eisner took a jeep, recall his fellow officers and soldiers, put on a flak jacket and went out to get B’naya. “Surrounded by burned-out tanks, missiles flying in every direction, he just went out into the field, loaded the body and brought it back.”

Lt. Col. Eisner’s supporters expressed their complete faith in him “as a man, as a friend and as a moral commander.” 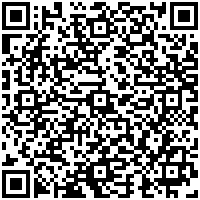