The IDF targeted buildings owned by senior terrorist operatives, used as command posts and weapon storage facilities. IAF aircraft, with the support of Israeli Navy soldiers, targeted several Hamas police headquarters throughout the Gaza Strip. The IDF also targeted several Hamas-affiliated terrorist squads as they prepared to fire rockets towards Israel, including the squad responsible for firing rockets towards the community of Nahal Oz earlier this morning.

The sites that were targeted have been positively identified by precise intelligence over the course of months.

Since the start of Operation Pillar of Defense, the IDF has targeted 1,350 terror sites throughout the Gaza Strip.

Israeli aircraft targeted a car in the central Gaza Strip on Monday morning, killing three, eyewitnesses said. Tamer Bashir, Amin al-Bashir and Salah Bashir were killed when the vehicle they were traveling in was hit in the refugee camp of Deir al-Balah.

Earlier, Abu Zour, 19, Ahed Al-Qatati, 38, and Sahar Abu Zour were killed, along with a 4-year-old child, after air strikes hit a house in the al-Zaitoun neighborhood of Gaza City.

Muhammad Salameh Jundi, 31, was killed in the al-Shujaiyeh neighborhood, Imad Abu Hamda, 30, was killed in al-Shati refugee camp, and Jalal Nasr, 35, died from wounds sustained in a strike on Jabalia, north of Gaza. An infant was killed there as well.

Thirty other people were wounded in the attacks and reporters in Gaza City said a massive blast at 2 AM damaged a police station.

In Rafah, three people were killed in two air strikes targeting the city. One person was reported injured.

Altogether, Ma’an reported 88 Arabs killed and hundreds injured in the attacks so far. 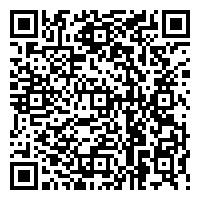