While US Secretary of State John Kerry continues to cajole and plead with Israel to concede strategic assets in order to lure the PLO back to the negotiating table, Channel 2 news has documented another “process” still very much in vogue in Kerry’s beloved Palestinian Authority: Killing Jews.

At a public memorial service at the entrance to the Jenin refugee camp for three terrorists killed by IDF forces in March, TV cameras filmed children as young as 12 sporting cardboard rifles and shoulder-based rocket propelled grenades.


In addition, hundreds of Hamas and Islamic Jihad supporters called on supporters to work not only to defeat Israel, but also the Palestinian Authority

“I want to die in war against the [Israeli] army,” said one child who claimed to be  the nephew of one of the deceased terrorists. “We want to free Palestine, to redeem the blood of all the martyrs.”

For years, the Jenin refugee camp has had a reputation for being one of the most extreme quarters of the Palestinian world. Hamas and Islamic Jihad are the parties of choice, and hostility to Israel (and to Arabs who agree to talk with Israel) is ferocious and violent. In 2002, at the height of the Oslo War, 23 IDF soldiers lost their lives while ferreting out Palestinian “freedom fighters” from the web of alleyways in the center of the camp.

Little has changed since then. As around Judea and Samaria, photographs of “martyrs” adorn walls throughout the camp, as do the green banners of Hamas.  The camp has reportedly become a prime destination for terrorists freed in Arab extortion deals.

The Channel 2 report shows masked and heavily-armed men firing machine guns over the heads of thousands of supporters. “With the Jews and the Israelis there will only be peace with this gun – that’s how you talk with Israelis,” the gunman said. “Only with fire from this rifle will we free our land, Allah willing,” the gunman says. “We are here to tell you that the blood of the martyrs will not be spilled without punishment.” 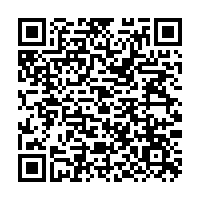