(JNi.media) The US Consulate in Jerusalem announced that it plans to intervene in order to protect the legal rights of an American citizen who is among the suspects in the torching of the house in Duma village. Several Arab family members were killed in the July 30 arson. According to Walla, the consulate wrote the suspect’s parents: “We will contact the Israeli authorities to arrange a visit by the consul. We have noted his medical condition and his need for medication for his allergy problems, and will talk about it with the Israeli authorities.” The letter concluded with, “Thank you for updating us on the condition of the detainee.”

The suspect’s parents appealed to the US consulate in Israel as well as to US Senators, demanding their intervention in the case in light of the fact that he is an American citizen. In their letter, the parents noted that their son was prevented from seeing his lawyer, that he is being held in an unknown location, and that his medical condition—he suffers from allergies and ADHD—has deteriorated during his interrogation period. “The suspect, a US citizen, should receive protection for his rights,” the letter pleaded.


According to attorneys Hai Haber and Adi Keidar, who represent some of the suspects in the arson murder case for the Honenu legal aid society, the Shin Bet has been acting with brutal forcefulness. “There’s been a violent and brutal investigation that included disappearing people without bringing them to trial, and without allowing their families or attornies to see them, just to force confessions from the suspects,” they said. “Something alarming has happened in Israel, and once the protocols will be published the citizens of Israel will be horrified and won’t even remember the arson event in light of the conduct of this investigation.”

The Association for Civil Rights in Israel also criticized the policy regarding the detainees. “Using these tools is unacceptable and prevents a suspect from obtaining legal advice maintaining contact with the world outside the interrogation room. The Association objects to it,” attorney Roni Pelli told Walla.

“Of course we have to solve this murder, we but have to use legal interrogation methods to prosecute the culprits. If you want to get to the truth it is certainly not through a course that leads to a false confession because of the pressure applied to the detainees and the violation of their rights,” said Pelli. 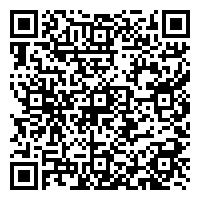