Günter Grass, Germany’s most celebrated living author and the 1999 recipient of the Nobel Prize in Literature, became the center of a news hurricane in Germany on Wednesday, after he published a poem titled “What must be said,” in which he blames Israel for destabilizing world peace with its plots against Iran.

In the poem, published in the Süddeutsche Zeitung and other European newspapers, Grass calls for an “unhindered and permanent monitoring of Israel’s nuclear potential and Iran’s nuclear facility through an international entity that the government of both countries would approve.”


“‘What must be said’ is a thinly veiled version of another phrase that Germans who don’t hold a Nobel Prize for Literature like to use when they’re sitting around in the pub, setting the world to rights,” wrote Sebastian Hammelehle in Der Spiegel. “It can be loosely translated as: ‘There’s no law against saying that…'”

The 84-year-old leftist author says in his new poem that he worried that Israel “could wipe out the Iranian people” with a “first strike” due to the threat it perceives in the Iranian nuclear program.

“Why do I only say now, aged and with my last ink: the atomic power Israel is endangering the already fragile world peace?” asks Grass, and answers that Nazi Germany’s “incomparable” crimes against Jews and his own fear of accusations of anti-Semitism have kept him from openly criticizing the Jewish State.

Except that, according to Grass, “tomorrow could already be too late” and Germany could become a “supplier to a crime” – a reference to the sale last month of a sixth German-made nuclear-capable Dolphin-class submarine to Israel.

“I admit: I will be silent no longer, because I am sick of the hypocrisy of the West,” wrote Grass.

In 2006, Grass admitted in an interview that he had joined the Waffen-SS as a teenager at the end of World War II, and was accused at the time of having hidden the truth for decades while at the same time pointing the finger at others for hiding their Nazi past.

Critics have countered that the Iranian regime is threatening world peace. The German media reported that the Central Council of Jews in Germany called the text “an aggressive pamphlet of agitation,” and that Hermann Grohe, the general secretary of Germany’s leading party, the Christian Democratic Union, was horrified by the tone and orientation of the poem.

Prominent German Jewish columnist Henryk M. Broder, writing in the daily Die Welt, accused Grass of being ” the prototype of the educated anti-Semite, who is well-meaning when it comes to Jews. Haunted by feelings of guilt and shame and also driven by the desire to settle history, he is now attempting to disarm the ’cause of the recognizable threat.'”

“Grass has always had a problem with Jews but he has never articulated it as clearly as with this ‘poem’,” Broder suggested

In a 2001 interview with Der Spiegel, Grass said: “Israel doesn’t just need to clear out of the occupied areas, the appropriation of Palestinian territory and its Israeli settlements are also a criminal activity. That not only needs to be stopped – it also needs to be reversed. Otherwise there will be no peace.”

Henryk Broder said at the time that Grass’s statement was “no less than a demand for Israel to not just cede Nablus and Hebron, but also Tel Aviv and Haifa. Grass does not differentiated between the ‘occupied areas’ of 1948 and those of 1967… By calling the ‘appropriation’ of Palestinian territories a ‘criminal act,’ Grass shares the same view as Iranian President Mahmoud Ahmadinejad.”

In response to the publication Wednesday, the Israeli Embassy in Berlin Deputy Chief of Mission Emmanuel Nahshon issued a statement that put Grass’s effort in the proper calendrical context: “What must be said is that it is a European tradition to accuse the Jews before the Passover festival of ritual murder. Earlier, it was Christian children whose blood the Jews allegedly used to make their unleavened bread, but today it is the Iranian people that the Jewish state allegedly wants to annihilate. What also must be said is that Israel is the only state in the world whose right to exist is openly doubted. That was true on the day of its founding and it remains true today. We want to live in peace with our neighbors in the region. And we are not prepared to assume the role that Günter Grass is trying to assign to us as part of the German people’s efforts to come to terms with the past.” 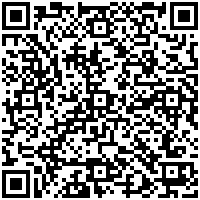