Members of the Israel Peace NGO Forum met with PLO Chairman Abu Mazen (Mahmoud Abbas) in Ramallah yesterday, providing the unrepentant Holocaust denier with a chorus of blame that Israel, and specifically Prime Minister Binyamin Netanyahu, caused the failure of the “peace” process. But the group, led by Opposition Leader Yitzhak (Boogie) Herzog, somehow forgot to mention the Chairman’s responsibility for the anti-Israel incitement that defines Palestinian society at all levels.

Apparently, to Baskin and his ilk, PLO glorification of suicide “martyrs” and ceremonies honoring Palestinian terrorists who had killed Israeli civilians has nothing to do with encouraging violence. The issue is certainly not serious enough to challenge “President Abbas” (why ruin a perfectly good lunch?), an architect of the PLO “armed struggle” doctrine that calls for targeting women and children to “liberate” Palestinian from the Jews.

But, alas, Abbas and his state-censored media has often expressed admiration for the killers of numerous Israeli civilians, most recently, on April 14.  Then, an official PA news agency WAFA published Abbas’ praise that suicide bombers and planners of bombings and shooting attacks are “the beacon of our magnificent glory.”

In addition, Palestinian Media Watch said a Fatah official, Mahmoud al-Aloul, praised suicide “martyrs” to an audience at an organization rally in April, and described the killers as heroes that ”protected the honor of our children” and “died for the homeland and [for] honor.”

The “martyrs’ al-Aloul referred to included 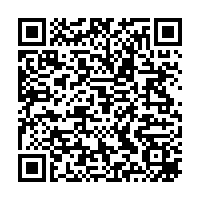