A peaceful protest against police brutality by Israelis of Ethiopian lineage turned violent Thursday night when the demonstrators marched on the official residence of Prime Minister Binyamin Netanyahu.

Police used water cannons and stun grenades to disperse several hundred people who posed a threat to security at “Paris Square,” one mile from downtown Jerusalem. At least two police officers and five protesters were hospitalized in the melee, with demonstrators throwing rocks and bottles at police.

I unequivocally condemn the striking of the soldier from the Ethiopian community and those responsible will be brought to justice but nobody has the right to take the law into their own hands.

Immigrants from Ethiopia and their families are dear to us and Israel is making great efforts to ease their integration in society.

The two police officers who this week beat the soldier, who was wearing a kippa, face suspension, but that does little to reinforce trust in the law enforcement agency that has been rocked by sex scandals and has a reputation for beating up people, especially Jews, and even more so if they are religious or are settlers.

The video of the police assault showed two police officers hitting him mercilessly for two minutes on a street in Holon, adjacent to Tel Aviv. Somehow, the reported suspicious object evaporated from their agenda or simply was a fabrication.

Police brutality is a disease that exists around the world. Just ask the mayors of Ferguson, Illinois and Baltimore.

Lacking in last night’s protest were settlers, Hareidim, national religious and secular Jews, leftists and right-wing Jews, and Arabs, all of whom have been victims of police brutality.

The protest also had no responsible leader who would have known better than to present a security threat to the Prime Minister’s residence.

The fact that almost all of the protesters were of Ethiopian descent underlined the feeling of racism, although Israeli police do not discriminate between race, creed and color when it comes to brutality.

Some of the protesters showed signs that they can be no less violent than police, with the leader of the Campaign for Equality for Ethiopian Jews telling Yediot Acharonot, “Apparently the streets of Israel must burn like they do in Baltimore, in order for someone to finally wake up. The apartheid regime is back, this time in 21st-century Israel.”

There is no doubt that the Ethiopian community suffers prejudice from some sectors in Israel, especially the elite Ashkenazi power-brokers.

But they are not singled out by the police, and Netanyahu has the chance to reform the police by appointing a Minister of Public Security who, unlike the outgoing minister, who wants to protect the public from investigations of crime and plain ineptitude.

Below is the video of the police attack on the soldier. 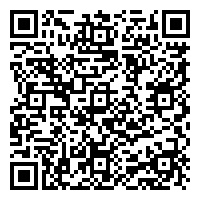