The Pentagon made clear in an order that troops may accommodate religious beliefs in their garb or grooming as long as it does not frustrate their mission.


The requests will be decided on a case-by-case basis, Christensen said.

Under the order, Jewish servicemen could be permitted to wear a kippah or a beard.

Among the factors that would influence a decision, a Pentagon statement listed, are “safe and effective operation of weapons,” and health and safety hazards to the personnel wearing the apparel. 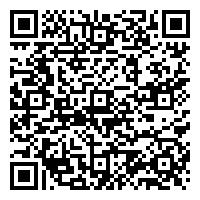