The French comedian Dieudonne M’bala M’bala was arrested for allegedly assaulting court officers who came to his home with notices for payments due on fines for inciting hatred against Jews.

Dieudonne, who owes nearly $100,000 for several hate speech convictions, was arrested Tuesday night, according to a report by the French news agency AFP. He is suspected of firing plastic projectiles at the bailiffs.


For his part, Dieudonne “denied ever being present at the site or discharging the projectiles,” prosecutor Patrice Ollivier-Maurel wrote in a statement obtained by AFP. The bailiff who filed the complaint that led to the arrest did not identify Dieudonne as the perpetrator.

Last week, one of Dieudonne’s sons, 14-year-old Noe M’bala M’bala, was taken into custody after police officers found him carrying a large knife. The boy was standing outside the Main d’Or theater, which his father is renting in Paris.

On Tuesday, the French television station BFM reported that France’s fraud squad, the BRDP, has opened a preliminary investigation into Dieudonne’s actions on suspicion that he violated laws against fundraising in videos appealing to supporters to donate funds to his account to pay his fines.

Earlier this month, French Justice Ministry officials said they were investigating Dieudonne on suspicion that he committed fraud by funneling all proceeds from his shows to his life partner, Noemie Montagne, and registering his possessions in her name to avoid authorities from seizing funds and property as payment for the overdue fines. 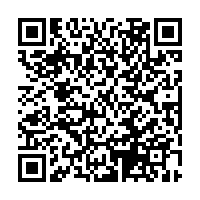