Terrorists on Sunday night threw a pipe bomb at the fence of the community of Psagot in Binyamin, News 0404 reported. The bomb did not explode and was discovered whole near the fence. Arab terrorists also threw three Molotov cocktails at the fence, which were ignited and caused a local fire. No one was hurt.

Elsewhere, terrorists threw a Molotov cocktail in Hebron, on the road between the local Jewish pharmacy and Gross Square. No one was hurt.


Gross Square is named after New-York born Asher Aharon Gross HY”D, 18, who was stabbed to death by three Arabs at the square on July 7, 1983. An Arab driver who mistook Gross for an Arab brought him to the Alia International Hospital where the doctors noticed his fringes and refused to treat him. 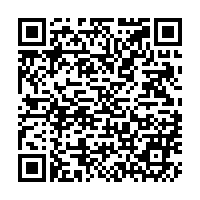