On Wednesday night, police captured a recidivist Arab terrorist who had been released in the Gilad Shalit deal.

The Maaleh Adumim police received intelligence information on a suspect in Abu Dis that was involved in terror attacks, including throwing firebombs and explosives at security forces.


During the operation, a police vehicle was severely damaged by Arab stone throwers, but no one policemen were injured.

In the Shalit deal, Israel released 1027 terrorists in exchange for Hamas releasing Gilad Shalit, whom they were holding hostage.

Yesterday, Hamas said there’s nothing to talk about (regarding negotiations for the Israeli hostages they’re currently holding), until Israel releases the 80 Shalit-deal terrorists that have since been rearrested. 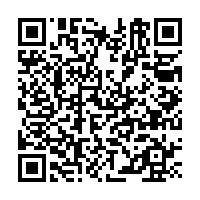