Israel apparently has a double standard for law enforcement when it’s Jews who are yelling “Allahu Akbar” (God is Great) at the Temple Mount and Western Wall plazas.

Jewish activists returned Wednesday to both areas in the Old City of Jerusalem in order to test their theory that police would not treat Jews as they do Arabs when they behave the same.

The Jews in the video were protesting a decision by the Jerusalem Magistrate’s Court that Arab chants of “Allahu Akbar” on the site – the typical radical Islamist cry by jihadists waging holy war – present no legal problem.

Justice Joiya Saqifa Shapiro determined in the decision that verbal attacks by Muslims shouting “Allahu Akbar” against Jewish tour groups on the Temple Mount do not constitute a criminal offense. Nor is there any legal problem with closing the site to Jews for a 10-day period until the end of the Islamic holy month of Ramadan due to a fear of rioting.

Activists arrived at the Western Wall entrance to the Temple Mount in force on Wednesday to protest both decisions.

“Surprisingly, and in contrast to the court’s decision that shouting ‘Allahu Akbar’ is no problem at the site, police were called to deal with the activists’ yelling,” said the Honenu civil rights organization in a statement. “Police actually decided to arrest six of the protesters on suspicion of disrupting the public order.”

The Court has previously determined that such behavior presents no legal issue when it is carried out by Arabs at the same site, the group pointed out.

Honenu representative Isaac Weiner went to the police precinct to aid the detainees, and pointed out to police officials that the detention was illegal and constituted “blatant discrimination” by Israel Police.

The activists were released on condition they would respect a restriction barring them from entering the Old City for the next two weeks – and the area of the Temple Mount in particular.

Several of the activists are to appear at a hearing in the Magistrate’s Court today (Thursday, July 9) in order to officially review the restrictions imposed against them.

“Today has proven what we have been saying for a long time,” said a spokesperson for Honenu. “Authorities have ramped up discrimination against Jews at the holy sites in the Old City, in particular at the Temple Mount.

“It is inconceivable that Jews should be arrested by police for the same acts that do not constitute an offense in the eyes of the Court when carried out by Arabs.”

Honenu added that it would consider filing a lawsuit against the police for false arrest and a petition to appeal the order restricting the activists from entering the Old City. 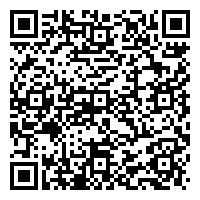