In addition, Assistant Commander Moshe Barkat noted the police  emergency hotline’s “failure” to deal with the SOS call from Gil-Ad Sha’ar on June 12. He said officers manning the hotline should have dealt with the call as an emergency.


Barkat also said that officers that failed to act appropriately had been summoned to the police disciplinary committee. Nanino added that officers are scheduled to be fired, but added that like all employees in the State of Israel they have rights and that those rights must be respected. 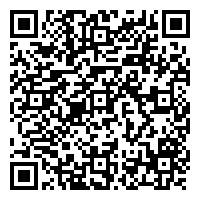