Israel is facing a murderous wave of terror being committed by seemingly mainstream Israeli-Arabs against Jews. A significant number of the terrorists worked side-by-side with Israeli-Jews.

Even the city of Tel Aviv has decided to ban Israeli-Arabs from working in schools, during school hours – to reduce the likelihood of an Israeli-Arab slaughtering Jewish children.


Is this the end of Israeli-Arab coexistence in Israel?

(Wait for the poll to load) 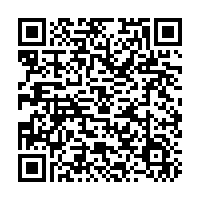