De Blasio told Jerusalem Mayor Nir Barkat, with whom he has been in close contact, that New Yorkers have had a lot of experience with the effects of terror, particularly since the Al Qaeda attack on September 11, 2001.

“When you are attacked, we also feel attacked,” De Blasio said.

Barkat responded that terrorism is an international phenomenon, one that has become an epidemic that must be wiped out.

“The war on terror is global and common to many countries and the September 11 attacks, as well as our wave of terror, originate from the same source of evil that we must eradicate,” Barkat said. He added that although terrorists have done their best to try and disrupt the lives of Israelis, people living here do not allow their lives to be controlled by terrorism.

“Our residents are strong, determined and believe in the justness of our cause, and the desire to live in peace together,” he said.

Barkat added that Arab incitement that causes terrorism must also be stopped.

“This is not just a war against the terrorists themselves, but also factors that foment and create propaganda — lies and disinformation that we have to refute at every opportunity — to say instead one thing: the truth!”

He added that he believes that just as New Yorkers overcame terror, Jerusalem will also “soon return to normal.” Barkat thanked De Blasio for his visit at a challenging time, what he called “an expression of true friendship and solidarity.” 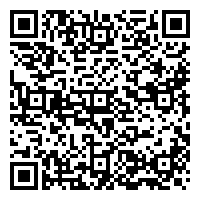