[Editor’s Note: It’s come to our attention that not everyone read or understood the fourth paragraph of this article, so here is a summary of that paragraph:

The Pope used theologically significant and degrading terminology to describe Christianity’s relationship with Judaism. The Elder Brother is always the castoff, always the evil one, and always replaced by the younger brother. It wasn’t an off-the-cuff statement of friendship, it was a religious and ideological attack on Jews and Judaism as illegitimate and evil and having been replaced by the “younger brother” – the central component of their “Replacement Theology”.


Unfortunately, not enough Jewish media outlets understood this insult, and as a result, misunderstood his carefully chosen words.

This also follows in the footsteps of the very public snub of the Jewish State’s Prime Minister Netanyahu during his visit to Rome, right after the Pope found the time to meet with PA Prime Minister Abbas.]

Pope Francis I has called the Jewish people the “big brothers” of the Roman Catholics, on the 75th anniversary of Kristallnacht (Night of Broken Glass), the 1938 looting and violence against German Jews and their businesses that is considered the start of the Holocaust atrocities that would follow against European Jews.

Ah, the mischievous things brothers do to each other…

“We renew our closeness and solidarity to the Jewish people, our big brothers, and pray to God that the memory of the past and of the sins of the past helps us to be always vigilant against every form of hate and intolerance,” Francis told worshipers outside of St. Peter’s Square during his Sunday mass, according to the European Jewish Press.

It’s heartbreaking to see this papal putdown being copied verbatim and distributed without a comment by so many Jewish media outlets. Perhaps they should use a different questionnaire when they hire new Jewish journalism school graduates.

We’re nobody’s brothers. We’re God’s favorite children without any extra-familial affiliations. I accept the fact that the current pope is not a blood thirsty enemy of our nation like so many of his predecessors, but when he, too, spits on us, it’s not rain.

Incidentally, we have more in common with Muslims than we do with Christians; Jewish law permits Jews to enter a mosque… but not a church.

To insist that we have some kind of bond with religious Christians because of similar core values, is to propagate a terrible lie. Christians who base their views on what they call the Old Testament, don’t view Mosaic law as an abiding legal text. The Church has abolished Torah law as part of its attempt to abolish the very idea of Jewish nationhood.

More on that in my article that was published here last year: There’s No Such Thing as Judeo-Christian Values. 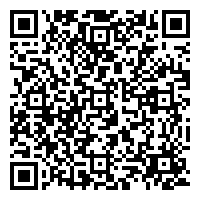