A new satirical new site called “PreOccupied Territory” features a Jewish and Israeli perspective on news around the world as seen by journalist David Swidler, who also is behind the blog “Mightier than the Pen.”

His objective is to make the news more understandable through humor, something The Jewish Press does on a regular basis and especially on Purim.


Some of the initial articles are headlined, “After Rocket Fire, Israel Retaliates Harshly against Trees, Rocks,” “Tragedy Strikes as Gaza Strip Fails to Sink into Mediterranean,” “Despite 7-Hour Talk, Kerry Fails to Convince Netanyahu His Chin Is Real,” and “Book Accuses Jews of Controlling Israeli Government.”

Mining For Failure In The Face Of Success 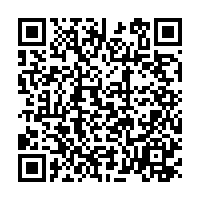