Israel’s President Reuven Rivlin was officially awarded the Scholar-Statesman Medal by the Washington Institute for Near East Policy.

The Scholar-Statesman Award celebrates outstanding leaders who, through their public service and professional achievements, exemplify the idea that sound scholarship and a discerning knowledge of history are essential to wise and effective policy and the advancement of peace and security in the Middle East.

The President then spoke in conversation with Dr. Satloff via Zoom, which was broadcast to the Washington Institute’s supporters and a wide audience of leading policy, academic and media figures, in place of the annual dinner which could not take place due to the coronavirus pandemic. The president thanked Dr. Satloff and all at the Washington Institute, for the award, which he noted was a great privilege to receive.

In their discussion, the president spoke about the resilience of Israel’s democracy, the recent seismic changes in the region, and about his hopes for a future end to the conflict with the Palestinians based on mutual trust and respect.

President Rivlin explained the importance of democracy in Jewish tradition, “Democracy is democracy. When we talk about a Jewish democracy, the Talmud Rabbis, the Talmud philosophers had a lot of differences of opinion to say the least, and the decision was the decision of the majority.”

Rivlin welcomed the recent normalization agreements signed between Israel and three Arab nations, brokered by the White House, and spoke of the need to build trust with the Palestinian Authority. 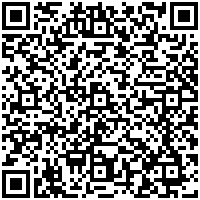