Blue moons are breaking out in New York City, friends.

New York Governor Andrew Cuomo had the back of New York City Mayor Bill de Blasio during his daily briefing, and de Blasio likewise praised his phone call together with the governor in which they worked “closely together” to review the COVID-19 numbers and determine next steps.


How unfortunate that it required a real crisis to bring them together: Gotham is headed back into the dreaded “Orange Zone” where closures are imminent and follow the shutdown of the city’s public schools. It’s not yet clear if or when the yeshivas might follow.

“And by any normal count, just looking at the state’s own number system, we’re talking a week or two, before we’re in that orange zone status. I’m sorry to say that, but that’s the blunt truth.”

‘Entering the Orange Zone’
Under state rules, if the city’s seven-day state testing average exceeds three percent for more than ten days, it then hits the threshold set by Governor Andrew Cuomo for imposing orange zone restrictions, which include closing down indoor dining and a four-person limit at outdoor tables.

NYC Public Schools to Close Due to Rising COVID-19 Numbers

On Wednesday, the ten-day rolling average was up to 2.5 percent, leading de Blasio to decide to close down the city’s public school system.

City journalists questioned the mayor at his daily briefing, asking why the decision was made so quickly, why there was an hours-long delay in appearing to announce the news, and if families had to cope with children home, could the mayor at least cancel alternate-side parking for now?

De Blasio politely ignored the latter question and repeated his answers to the former, over and over and over.

At his own daily presser, Governor Andrew Cuomo defended de Blasio’s decision to close the city’s public schools. Appearing irritated and impatient, Cuomo had an angry exchange with one reporter about his discourteous manner and over his detailed questions about the decision.

Although New York City’s COVID-19 state positivity rate had breached the three percent ceiling when the decision was made, the rate has since dropped from 3.4 percent to 2.7 percent. 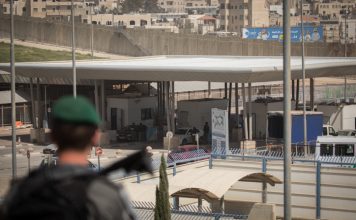