Adnan Oktar (also known by his pen name Harun Yahya), a prominent Turkish intellectual and religious leader with a mass following, has communicated and met personally over the past decade with many Orthodox rabbis from Israel and abroad, expressing his friendship to the Jewish nation and his reverence to the Torah.

Oktar has sent via the Jewish Press his blessing to the Jewish nation on the occasion of Passover:


While we remember the Prophet Moses’, peace be upon him, exodus from the oppression of the Pharaoh, and God’s help during this amazing journey, we pray for the blessings of God upon all His servants. May God send His Mashiach soon, and bring the days that we can altogether make Korban (sacrifice) in peace and joy in the Holy Land.

[God said:] And remember, We delivered you from the people of Pharaoh: They set you hard tasks and punishments, slaughtered your sons and let your women-folk live; therein was a tremendous trial from your Lord.

Back in 2009, I conducted a short interview with Adnan Oktar over the email, which I will bring here. It is important to note that while our relations with official Turkey are at an unprecedented low, there are prominent, religious Muslim voices inside Turkey, which offer friendship and empathy to the Jews and to the Jewish state.

Yanover: First, may I congratulate you on your vision for peace in the Middle East and, indeed, the world, and on your staunch campaign to promote the values of Monotheism. A religious Jew, I am touched when I encounter reason and compassion among the nations, and your life’s work gives me hope for the future of humanity.

How pragmatic is your vision for a united Turkish-Islamic Near-East? Do you see it as coming to pass under the rule of a Divine redeemer, or is it a plan to be accomplished by people in this pre-Messianic reality? If it is the latter, you must be aware of the obstacles in many Muslim states to the development of democratic institutions and efficient, corruption-free state bureaucracies. How would you overcome these difficulties?

Adnan Oktar: Every day, important and positive developments regarding the formation of the Turkish-Islamic Union are taking place, although the real establishment of this union will take place under the leadership of Hazrat Mahdi, peace be upon him (the Muslim version of the Redeemer – YY). According to the information handed down from the Prophet Muhammad, may Allah bless him and grant him peace, Hazrat Mahdi, peace be upon him, will unite the fragmented Turkic and Islamic states and establish a great and powerful union.

Under his leadership, the Turkish-Islamic Union will be a union of love and friendship. Every state will preserve its own constitutional structure, but there will be full cooperation in defense, trade, science, art, love and brotherhood, as well as the beauty and abundance brought about by that cooperation. Hazrat Mahdi, pbuh, will be instrumental in the Turkish-Islamic world delighting in love, depth, compassion, peacefulness, art and beauty, and in scaling the peaks of modernity and nobility. And the devotion and love felt for Hazrat Mahdi, pbuh, will be instrumental in all disputes being resolved in a matter of minutes. As a requirement of the moral values of the Qur’an, the Turkish-Islamic Union will be one that attaches great importance to democracy, laicism and freedom of ideas, and these values will acquire increasing importance in all the states affiliated to the union.

Things that seem to be obstacles on the path to the establishment of the Turkish-Islamic Union are unimportant. The coming of Hazrat Mahdi (pbuh), the unification of the Turkish-Islamic world, the spread of moral virtues and the glory of Allah being praised everywhere is Allah’s promise. It will certainly be made good. Allah’s promise is true and Allah does not break His promise.

Yanover: Your love for all monotheistic people is clear and admirable. But while Jews are devoid of a directive to convert others to our faith, the very foundation of most Christian denominations is the command to bring others into theirs. Is it possible for God-loving men to live in peace with a large Christian element fomenting such aggressive intentions? Would it not spell constant tension and unrest within the community of God?

Adnan Oktar: It is natural for members of all faiths to think their beliefs are true and to defend them. Jews, Muslims and Christians have a perfect right to defend and tell others of their beliefs. However, it is of course unacceptable to try to force anyone to be a Christian or compel anyone to be a Muslim. Such a thing has no place in Islam. In verse 256 of Surat al-Baqara, Allah reveals, “There is no compulsion where the religion is concerned.” 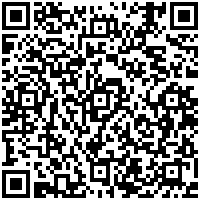