The “Purple Poll” focuses exclusively on likely voters in the swing states, which explains why folks in New York haven’t heard from their pollsters, but also appears to be a sound approach to getting an interesting snapshot of the state of the elections at this moment.

So, did the Ryan appointment give Mitt Romeny the predicted 3+ points edge? You bet your hanging chad it did (as of August 15):

For comparison, today’s Gallup poll shows Romney with 47 percent of the vote vs. Obama with 45.

But, please, don’t jump into any conclusions here – nothing means anything in American presidential campaigns until after Labor Day.

Here’s the proof of Ryan’s current glow (fueled mostly by the fact that fewer voters have heard about him than about the other three):

And here are some sobering figures for the Obama campaign:

Direction of the Economy: Getting better-29, Getting worse-44, Staying about the same-25, Don’t know-2

And this note should be of interest to the Romeny side: 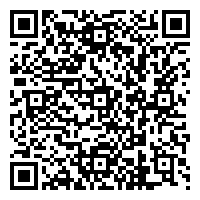