Some antisemitic lies just don’t die, but it is incumbent on Jewish reporters to refute them every single time, especially when they’re being espoused by a brutal Russian politician with the capacity to inflict a lot of pain on the Jews in his country.

According to a JTA report, Russian President Vladimir Putin told the world last week that at least 80 percent of the members of the first Soviet government were Jewish.

“I thought about something just now: The decision to nationalize this library was made by the first Soviet government, whose composition was 80-85 percent Jewish,” Putin said on June 13, during a visit to Moscow’s Jewish Museum and Tolerance Center.

Putin was referencing the library of Rabbi Joseph I. Schneerson, the late leader of the Chabad-Lubavitch movement. The books, which have been claimed by Chabad representatives in the United States, are being moved to the museum in Moscow this month.

According to the official transcript of Putin’s speech at the museum, he went on to say that the politicians on the predominantly Jewish Soviet government “were guided by false ideological considerations and supported the arrest and repression of Jews, Russian Orthodox Christians, Muslims and members of other faiths. They grouped everyone into the same category.

In other words, the Jews who were murdered en masse by the Soviets had only their own kind to blame.

“Thankfully, those ideological goggles and faulty ideological perceptions collapsed. And today, we are essentially returning these books to the Jewish community with a happy smile,” Putin concluded.

Keep smiling, or he’ll bite your head off…

The Council of People’s Commissars or Sovnarkom, also known as SNK, was a government institution formed shortly after the October Revolution in 1917. Created in the Russian Republic the council laid foundations in restructuring the country to form the Soviet Union. It evolved to become the highest government authority of executive power under the Soviet system in states which came under the control of Bolsheviks.

People’s Commissariat for Agriculture of the RSFSR Vladimir Pavlovich Milyutin, not a Jew, executed 1937.

Council of People’s Commissars on War and Navy Affairs Nikolai Krylenko, not a Jew, executed 1938.

Pavel Dybenko, a Ukrainian Cossack, definitely not a Jew, executed 1938.

People’s Commissariat for Trade and Industry of the RSFSR Viktor Nogin, not a Jew, died of natural causes, 1924.

People’s Commissariat for Education of the RSFSR Anatoly Lunacharsky, had Jewish friends, but was not a Jew, died of natural causes, 1933.

People’s Commissariat for Food Ivan Teodorovich, came from Poland, which could mean he was Jewish, but there’s no mention of it in his online bio, executed 1937.

People’s Commissariat for Foreign Affairs of the RSFSR, Leon Trotsky, so far the only real Jew on the list, assassinated by Comrade Stalin (with an ax, in Mexico), 1940.

People’s Commissariat for Interior Affairs of the RSFSR, Alexei Rykov, his parents were peasants from the village of Kukarka, very not Jewish, executed 1938.

People’s Commissariat for Justice of the RSFSR Georgy Oppokov, was kicked off the panel in 1918, not Jewish, executed 1937.

People’s Commissariat for Labour of the RSFSR Alexander Shlyapnikov, came from a family of Old Believers, who were kind of the Protestants of the Russian Orthodox Church, so not a Jew, executed 1937.

People’s Commissariat of Nationalities Joseph Stalin, about as not Jewish as you can get, died of natural causes (thought Jewish doctors were killing him), 1953 (on Purim).

People’s Commissariat for Posts and Telegraphs of the RSFSR Nikolai Glebov-Avilov, not a Jew, executed 1937.

People’s Commissariat for Railways of the RSFSR – position was vacant, so no Jew, no execution.

People’s Commissariat for Finance Ivan Skvortsov-Stepanov, not a Jews, died of natural causes, 1928.

People’s Commissariat for Social Welfare Alexandra Kollontai, her dad was General Mikhail Alekseevich Domontovich, from a Cossack family that traced its ancestry back to the 13th Century, so, also not a Jew, died of natural causes, 1952.

In other words, one Jewish commissar for certain, founder of the Red Army that eventually defeated the Nazis, Leon Trotsky, and maybe another guy, who came from Poland, so who knows, maybe he was Jewish. 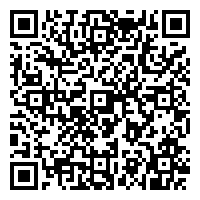