Qatar’s foreign minister, Sheikh Mohammed bin Abdulrahman Al-Thani, announced on Wednesday that the Gulf state would give $500 million to help rebuild the Gaza Strip after they launched an 11-day conflict with Israel.

The hostilities began on May 10, when Hamas and Palestinian Islamic Jihad in the Strip launched rockets towards the Jewish state that number more than 4,000 by the time a ceasefire was declared on May 21.


Islamist-supporting Qatar has long supplied Hamas with money and certain goods, and Israel has acquiesced to help maintain a level of stability for the 2 million residents of the coastal enclave.

U.S. Secretary of State Antony Blinken has been in the region on behalf of the Biden administration for the past two days seeking to “rally international support” for Gaza, the AP reported Wednesday.

Blinken said he was seeking to rebuild Gaza without letting the aid reach Hamas or its military wing, the Izz ad-Din al-Qassam Brigades.

Israel resumed the supply of goods to Gaza and opened up fishing there earlier this week. 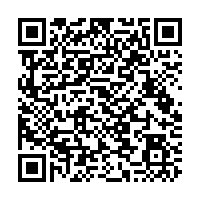