Charlie Abutbul, considered a local mob boss, was arrested Tuesday night, along with four other suspects, following a police raid of an apartment in the Tel Aviv area, Walla reports. Police suspect a Jerusalem rabbi of hiring Abutbul’s services to blackmail a Haredi man from Jerusalem whom the rabbi accused of stealing money from his home. A Magistrate Court in Rishon Lezion on Wednesday extended by six days the detention of Abutbul and four other suspects.

Police revealed that Abutbul’s wife, Sonia, was arrested last week and charged with kidnapping, unlawful imprisonment, and kidnapping. Seven additional suspects were arrested at the time. Sonia Abutbul denies all charges and claims that she was in bed at the time of the alleged incident., Mrs. Abutbul’s defense attorney Yaniv Peretz claims that her arrest is part of police effort to exert pressure on her husband. “It’s quite obvious that my client is being held hostage until the arrest of others. My client denies any connection to the incidents; she is being held in custody only because of her last name.”


Upon the arrest of a rabbi from northern Israel, Police disclosed the the investigation being conducted by the National Unit for Investigation of Serious and International Crime (YACHBAL) which investigates organized crime.

The investigation has revealed that, allegedly, the rabbi in question noticed that hundreds of thousands of shekels, collected at a family event, were missing. The rabbi and his intimate circle conducted their own investigation and concluded that a Haredi yeshiva student from Jerusalem, who had visited the rabbi, was the culprit. When they confronted him, he denied everything.

Police suspect that the rabbi approached Abutbul’s organization, or as a police source put it, “he brought some back-up from Netnaya.” (Netanya has been the legendary base of Israeli organized crime families.) The investigation further revealed that apparently Abutbul and his accomplices came to Jerusalem, threatened the victim, forced him into a jeep and took him to the basement of the building where the Abutbuls live in Netanya. This is where, allegedly, the victim was locked up all night long, and “interrogated” while being beaten on his head and all over his body, gagged, and receiving death threats, courtesy of Charlie Abutbul and his accomplices, including his wife Sonia.

The investigation also revealed that the victim was able to escape and get medical treatment for fractures and bruises on his face. Sonia Abutbul was arrested the same day, and by police and the YACHBAL issued a comprehensive gag order on the case.

Since then, Mrs. Abutbul’s detention was extended several times. Police suspect that about 15 individuals were involved in the incident, including Charlie Abutbul himself.

In court, yesterday, Abutbul claimed the yeshiva student stayed in his Netanya home of his own free will. When asked why he had been hiding from police prior to his arrest Tuesday night, Abutbul said he had heard that his wife was picked up for interrogation and was “giving police time to investigate and to discover the truth.”

Abutbul’s attorney Moshe Sherman told Walla that this was part of “the YACHBAL’s attempt to destroy the Abutbul family.” He added that in recent years Abutbul has been picked up for questioning and held for days and sometime weeks, and then released. “This is qwhy this time he decided to hide, so the cops first conduct an investigation and then arrest him.” 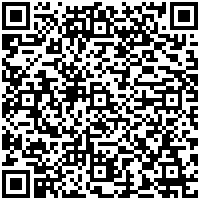