Rabbi Marvin Hier, dean and founder of the Simon Wiesenthal Center in Los Angeles, CA, was privileged to be one of six clerics offer a prayer Friday (Jan. 20) at the Inauguration of the 45th President of the United States, Donald J. Trump.

This is the text of the “Readings From Psalms and Sacred Writings” that were included in Rabbi Hier’s prayer at the inauguration of President Trump at the United States Capitol in Washington DC.

Eternal God, Bless President Donald J. Trump and America, our great nation. Guide us to remember the words of the psalmist, “Who may dwell on your holy mountain? One who… does what is right and speaks the truth… who knows that… when you eat the labor of your hands you are praiseworthy… that he who sows in tears shall reap in joy.” (Psalms)

Because,’ The freedoms we enjoy are not granted in perpetuity, but must be reclaimed by each generation!’

“As our ancestors have planted for us, so we must plant for others. While it is not for us to complete the task, neither are we free to desist from them.” (“Ethics of the Fathers”)

“Dispense justice for the needy and the orphan,” (Psalm) for they have no one but their fellow citizens, and because a nation’s wealth is measured by her values and not by her vaults!

Bless all of our allies around the world who share our beliefs. “By the rivers of Babylon we wept as we remembered Zion… If I forget thee, O Jerusalem, May my right hand forget its skill.” (Psalm)

“The doer of [all of] these shall never falter.” (Psalm) May the days come soon when “justice will dwell in the wilderness and righteousness will abide in the fertile field. And the work of righteousness will be peace… quietness and confidence forever.” (Isaiah)
Amen.

Rabbi Hier, 77, is the first Orthodox rabbi to offer the benediction at a presidential inauguration, and was the first cleric to offer the invocation following the swearing-in of the president.

Yet even in this greatest of privileges, Rabbi Hier “remembered Jerusalem” in his prayer, which was carried out after weeks of contention both within his congregation and from others who expressed their hope that he would reject the invitation.

Rabbi Hier, who has known the family of President Trump’s son-in-law, Jared Kushner, for decades, accepted with grace immediately.

He told Ha’aretz this past week that it was a “great honor.” But more to the point, he saw it as his “duty” to attend such an event. It would have been “rude and unkind” to turn down the invitation, he said.

“It’s especially true here in America, a country where Jews have flourished more than in any other Diaspora in the world. Imagine the reaction of the American public if it became known that a presidential committee sent this kind of invitation, and the rabbi refused. That would create ill will. So for me, it wasn’t even a question. And yes, I pray that he will be a great president.

“This country has been very good to me, and to my parents who came here as poor immigrants from Poland in the 1920s,” he added. “I really see it as an obligation to pray for its success, because America truly is the greatest democracy in the world.”

Q & A: Making Up For What We Missed (Part XVII) 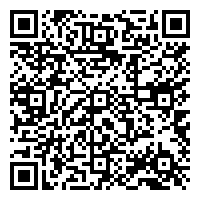