The spiritual leader of the Beit Yehudah community in Jerusalem, Rabbi and philosopher Uri Sherki (Cherki), a member of the religious Zionist Machon Meir organization, rejects the calls to bolster the study of Torah during this time of terrorist attacks in Israel. Instead he insists that at this time we must become stronger at hand to hand combat and self-defense, Srugim reported Monday.

During a class Rabbi Sherki was teaching about recent events, he said, “There are attacks, and then they say, gentlemen, we must strengthen our study of Torah, our charity, our prayer. Utter nonsense! (the Hebrew term he used was Shtuyot B’mitz agvaniyot — nonsense in tomato sauce). How is this related to the attacks? If there are attacks, we should be strengthened in Krav Maga, in self-defense and in imposing Israeli sovereignty [in Judea and Samaria].”

Rabbi’s Sherki’s son, Yochai Shalom Sherki was murdered by Arab terrorists on April 15th this year, when an Arab terrorist drove into him and Shira Klein as they waited at a Jerusalem bus stop.

Known for his habitual thinking outside the box, Rabbi Sherki added that “there is dejection. What is the source of this dejection? That we don’t pore over the overall significance of the Torah. We’re seeing a lot of people who learn Torah, and they have no satisfaction! Torah is not reviving them. Why? Because [their Torah] is not whole. It’s not meeting all needs of the soul. It is limited to highly technical and detailed pilpul-Talmudic rhetoric, and does not deal with the overall scope, the meaning of that Torah.”

“The spiritual thing that’s missing here is courage. There is no courage, so we get this agony. Courage is something spiritual. And when you deal with small-minded Torah and suffering comes, you are slack-handed and can’t solves the problem.”

“Instead of organizing a public prayer, demonstrate!” Rabbi Shaerki continued to surprise his students. “It’s more serious, it’s a real answer. It is true Tshuva-repent. Don’t hide behind slack-handed religious activity, which has nothing to do with what’s happening.”

Rabbi Sherki clarified that “it is obvious that we must always strengthen the study of Torah and fear of Heaven, but it’s beside the point.”

Rabbi Sherki went on to say that “someone told me there is a great virtue: when there are attacks, recite the sacred incense passage [in the prayer book]. Utter silliness! The incense passage was recited at the time of a pandemic, that’s brought by Rabbi Isaac Luria (the ARI zl). During Rabbi Luria’s time they did not know how to handle an epidemic, there was no antibiotics, so at least they recited the incense passage. But when it’s something that’s in your power to do, what’s the point in your reciting the incense passage? Bring on the medicine.” 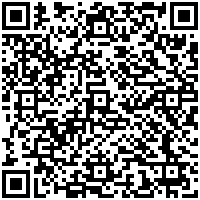