The Dutch Railway Museum in Utrecht is seeking to block a plan for commemorating the city’s Holocaust victims.

Museum Director Paul Vlijmen last week said he opposes the erection of a statue near his museum in memory of 1,224 Jews who were deported to death camps from Utrecht during the Holocaust.


Vlijmen said he believed that his museum devoted enough attention to the subject with a plaque and an exhibition titled “Loaded Trains,” according to the local news site DeStadUtrecht.nl.

The museum is built on an old train station from which the Jews were deported.

Members of the Jewish community of Utrecht — which currently has no memorial monument for its Holocaust victims — want to place the statue near the museum.

Last week, the Foundation for the Jewish Monument Utrecht applied for a permit to build the monument, which will cost $237,000, according to the Dutch daily Telegraaf.

Maarten van Ditmarsch, a spokesperson for the Jewish foundation, said the Railway Museum has thwarted earlier attempts to honor the victims. “People said that the city already has a monument for those who fell during the war. I think, however, that this time we will succeed,” he was quoted as saying on DeStadUtrecht.nl.

The monument was designed by the artist Amiran Djanashvili and will consist of two parts: A steel memorial wall engraved with the victims’ names and a large shofar. 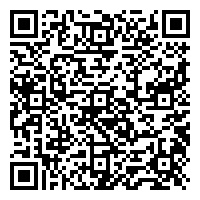