A gold signet ring bearing the name of Egyptian Pharoah Seti I was among the personal belongings of a wealthy Canaanite recently discovered in a 3,300-year-old coffin at the foot of Tel Shadud in the Jezreel Valley.

The archaeological dig took place at a site where construction was to begin on a pipeline carrying natural gas to Ramat Gavriel by the Israel Natural Gas Lines Company.


The Israel Antiquities Authority usually carries out an excavation at construction sites before any project begins. Often, unusual discoveries are made, and this time was no exception.

Excavation directors Dr. Edwin van den Bring, Dan Kirzner and the IAA’s Dr. Ron Be’eri said, “We discovered a unique and rare find: a cylindrical coffin with an anthropoidal lid – a cover fashioned in the image of a person – surrounded by a variety of pottery consisting mainly of storage vessels for food, tableware, cultic vessels and animal bones… it seems these were used as offerings for the gods and were also meant to provide the dead with sustenance in the afterlife.”

The skeleton of an adult was found inside the clay coffin. Next to it was more pottery, a bronze dagger, bronze bowl and hammered pieces of bronze.

“Since the vessels interred with the individual were produced locally, we assume the deceased was an official of Canaanite origin who was engaged in the service of the Egyptian government.”

Also found next to the deceased was an Egyptian scarab seal, encased in gold and affixed to a ring. This item is used to seal documents and objects.

The name of the crown of Pharaoh Seti I, who ruled ancient Egypt in the 13th century BCE, appears on the seal. Seti I was the father of Ramses II, identified by some scholars are the pharaoh mentioned in the Biblical story of the Israelites’ Exodus from Egypt.

Already in the first year of his reign (1294 BCE) a revolt broke out against Seti I in the Beit Shean Valley, but he conquered that region and established Egyptian rule in Canaan.

Seti’s name on the seal symbolizes power and protection, and the reference to him on the scarab found in the coffin aided the researchers in dating the time of burial. A cemetery dating to Seti I’s reign was previously uncovered at Beit Shean, the center of Egyptian rule in the Land of Israel, and similar clay coffins were exposed.

This new discovery, however, surprised archaeologists.

Tel Shadud preserves the Biblical name “Sarid” and the mound, located in the northern part of the Jezreel Valley close to Kibbutz Sarid, is often referred to as Tel Sarid.

“The third lot came up for the Tribe of Zevulun, according to its families. And the territory of its inheritance reached as far as Sarid . . . (Joshua 19:10)

The researchers add that only a few such coffins have been uncovered in this country – the last one found at Deir el-Bala about 50 years ago. 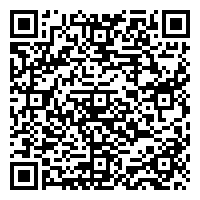