Even as their parents are scrubbing and fixing and rearranging their homes in time for Passover, children in the Jewish community of Shiloh are working as well – making matzohs.

The community, located in the Binyamin region near Samaria, has a 20-year tradition of allowing its children the privilege of baking matzohs just before the Passover holiday.


During the process the children learn the special laws of the holiday while enjoying the practical aspects of preparing matzohs.

The original ancient city of Shiloh, mentioned in the Hebrew Bible, is situated at the modern Khirbet Seilun, south of Tirzah, 10 miles north of the Jewish community of Beit El in Samaria (Shomron).

Shiloh was the official capital of the ancient nation of Israel before the First Holy Temple was built in Jerusalem. It was located north of Beit El and is mentioned in the Book of Joshua and in Judges. 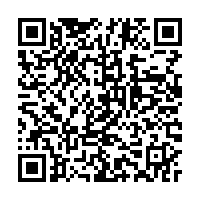