Tazpit News Agency reported last week about the artifact, a broken clay pitcher lying in a layer of reddish ashes, that helped complete the story of the devastation of Shiloh, the ancient capital of Israel during the First Israelite commonwealth. The ashes found attest to a devastating fire that raged at the site.


The dating of the clay pitcher, 1,050 BCE, correlates with the dating of the events depicted in Samuel I, C. 4. This artifact is one of its kind, and only it can shed light on the biblical mystery it solves.

The same artifact was stolen from the location where it had been found, still lodged in the wall. Only part of it was left behind.

The site administration filed a compliant with the police immediately after the theft had been discovered.

Avital Selah, director of the Tel Shiloh site, told Tazpit News Agency he could not imagine a motive for the theft. “I don’t know what can be done with it; it has no value as an antique, but does have immense historical significance. I believe it may be the act of someone who desired to have the artifact in his possession after hearing about the discovery in the media. I don’t think there was criminal intent here; I don’t think it was a professional job, only poor behavior. I call on the person who took the artifact to return it and save this extremely important historical finding.”

The Tel Shiloh site is now exploring the option of boosting the security system, to prevent such incidents in the future. “These are the treasures of the Tabernacle. We can’t afford to lose them again,” said Selah.

Archaeological Discovery Sheds Light on the Mystery of Shiloh 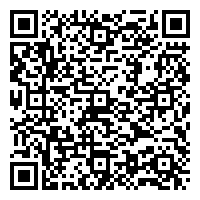