Trestman, 57, a longtime NFL assistant, was named Wednesday to his first head coaching post in the league. The 57-year-old Minneapolis native will be the only Jewish head coach in the National Football League.

Over the past five seasons he served as head coach of the Montreal Alouettes in the Canadian Football League, leading them to two championships.

In Chicago, he succeeds Lovie Smith, who was released following nine seasons that included one Super Bowl appearance. The Bears finished 10-6 last season but did not reach the playoffs for the fifth time in six years, even after a 7-1 start.

Trestman, who has been an offensive assistant with several NFL clubs, has gained a reputation for improving the play of his quarterbacks. The Bears were seeking improvement on offense.

“He understands quarterbacks,” the Bears’ signal-caller, Jay Cutler, told the team’s website. “He understands their thought process and the minds of quarterbacks and what we have to go through. It’s going to be a quarterback-friendly system and I can’t wait to get started with him.”

The Bears reportedly interviewed at least 13 candidates for the position and had brought back two others for second interviews. 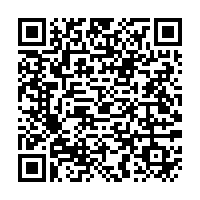