(JNi.media) Israeli Prime Minister Benjamin Netanyahu’s envoy to Turkey and incoming Mossad chief, current National Security Adviser Yossi Cohen, met in Zurich on Wednesday with Turkish Foreign Minister Feridun Sinirlioğlu to finalize the principles of an agreement to normalize ties, Ha’aretz reported Thursday. Essentially, Israel agreed to pay $20 million as compensation for the Turkish Mavi Marmara crew members who, during a 2010 attempt to break through the blockade on the Gaza Strip, assaulted IDF special forces attempting to take control of the ship and were killed as a result.

The compensation money will be transferred to a special fund that will in turn provide grants to the families of the Turkish citizens who were killed or injured in the takeover of the Mavi Marmara. The Turkish parliament will then cancel all charges against Israel, the two countries will renew and normalize their ties and return their ambassadors to Tel Aviv and Ankara.

Then, after the final agreement has been signed, Turkey and Israel will discuss a gas pipeline agreement, with Turkey buying gas from Israel’s offshore oil fields, and the laying of a gas pipeline that would run through Turkey, enabling Israel to export gas to Europe.

As an added bonus, Turkey will expel Hamas military wing senior leader Salah Aruri who is currently sitting in Istanbul and from there operates a terrorist network in Judea and Samaria. In fact, Hamas activities will be greatly restricted in Turkey altogether. 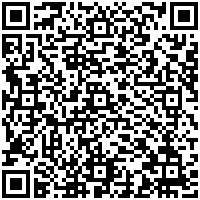