It’s difficult to assess whether this entire issue might not be purely hypothetical, but as it turns out from a Yoav Zitun story in Ynet this week, The IDF now demands that new candidates for service in Israel’s submarine force waive their foreign citizenship in order to join.

We have no way of knowing just how many young men and women with hard-to-give-up American, British, or French citizenship (to name a few) are standing in line at the IDF recruitment offices, eager to spend their service near the bottom of the sea. But if they do, they will have to think long and hard about the price they’ll have to pay.


Apparently, Israel’s underwater fleet joined a few other elite combat units requiring that young warrior wannabes give up their former citizenship to join them. One could surmise from this demand that as long as a young recruit continues to carry his other passport in his shirt pocket, he can’t be trusted with the country’s highest levels of security clearance.

The criteria for receiving an IDF security clearance are decided by the units themselves, by the Shin Bet (Internal Security) and by the National Security Council, based on the level of exposure to classified materials during one’s service.

And so, submarine service recruits who are olim or the children of olim receive a notification stating that in order to qualify for the year-long training, as part of their security screening, they must renounce their foreign citizenship.

But here’s a catch: if a recruit went ahead and gave up his other citizenship, and then was dropped from the training course, he can never get his original citizenship back. Now, that’s a heartfelt show of patriotism!

According to Zitun, the recent move raised strong opposition among fleet reserve officers, who claim that the new decree will limit the number of volunteers clamoring to join the unit.

One former officer did not think the issue was hypothetical at all. “This is  absurd. Many excellent recruits hold a dual citizenship but wish to serve in an elite unit such as the submarine fleet,” he told Zitun. “In a country that fights for every recruit, especially for elite units, this demand should not be made. Soldiers serve for only a few years, and must not pay by losing their foreign citizenship that can be used later in life.”

The Jewish Press sent an inquiry to the IDF Spokesman’s office, echoing the same concern, and received this response: “The IDF has numerous criteria it uses in order to efficiently place soldiers in optimal positions. Since its establishment, the IDF has done everything in its power to function as a melting pot, allowing the integration of immigrants from all walks of life. The number of drafted immigrants has climbed annually to thousands in 2010 alone.”

Not highly specific, but we catch their drift. It’s not easy taking in young folks from all over the globe and turning them into soldiers. You want to be an immigrant and a hero? It’ll cost you… 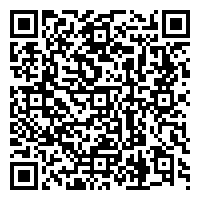