The Red Cross failed to protest Jews murdered by the Nazis, the president of the International Committee of the Red Cross (ICRC) said at the commemoration of the 70th anniversary of the liberation of the Nazi death camps in Geneva said that

The ICRC failed to protect civilians and, most notably, the Jews persecuted and murdered by the Nazi regime. It failed as a humanitarian organization because it lost its moral compass….

The ICRC did not see Nazi Germany for what it was. Instead, the organization maintained the illusion that the Third Reich was a ‘regular partner’, a state that occasionally violates laws, not unlike any army during World War I, occasionally using illegal means and methods of warfare.

World Jewish Congress president Ron Lauder told the audience, “World silence and indifference to the fate of the Jewish people led to the Holocaust. The Red Cross chose silence as well.”

The Geneva-based ICRC was the principal humanitarian institution maintaining communications with both the Allied and Axis powers in World War II.

The Red Cross assisted and protected to Allied prisoners of war held by Nazi Germany but not for Jewish deportees as Berlin.

The ICRC also did not publicly denounce the deportation of Jews to concentration camps.

Maurer declared at the event, called “Remembering the Shoah: The ICRC and the International Community’s Efforts in Responding to Genocide and Protecting Civilians,” that “never again” may only be an expression because “we cannot guarantee that a humanitarian catastrophe of the extent of the Holocaust will not happen again. On the contrary, we witness a catalogue of atrocities, every day, in wars across the globe.”

Lauder noted that the ‘ICRC needs to lead in struggle between good and evil’… and has an important obligation that goes beyond relief work.

Left unsaid was that the Red Cross actually helped Nazi criminals escape Germany during the war.

Also left unsaid was the Red Cross’ paralysis during the captivity of Israel soldier Gilad Shalit after he was kidnapped by Hamas. The Red Cross failed to convince Hamas to honor the Geneva Convention and allow communication with his family but continued to make sure that Gaza Arabs could visit their terrorist relatives in Israeli prisons. 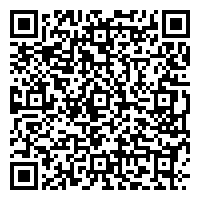