(JNi.media) The Monroe, Orange County, NY town board has scheduled referendum on Kiryas Joel for Nov. 9, to decide the fate of the 164-acre section of Monroe that would be annexed by Kiryas Joel under a petition approved in September by the two municipalities last month, the Times Herald Record reported. State law compels the board to hold a referendum within 90 days of its approval of the annexation. The vote will take place from 8 AM and 8 PM at the local Aishes Chayil women’s center, unless it is stopped by a court order in one of two lawsuits which are contesting the annexation.

A 28-page lawsuit filed on Friday is asking the court to revoke the annexation deal, and seeks to block Kiryas Joel and Monroe from moving on the annexation that both boards approved while the case is pending. Eight towns and villages are behind this suit, filed by the Manhattan law firm of Bryan Cave. Each town is paying $25,000 to cover the legal costs. Orange County will contribute $100,000 to the till.


An 89-page lawsuit was filed Monday by Preserve Hudson Valley, also contesting the annexation, arguing it would violate the constitutional separation of church and state and violating past state court rulings on this matter. Filed by attorney Dan Richmond of White Plains firm Zarin & Steinmetz, this suit questions Kiryas Joel’s compliance with environmental rules and planning and zoning requirements.

The village of Kiryas Joel, whose residents are Satmar Chassidim, has by far the youngest population of any municipality in the US, and local residents typically have very large families. According to the 2008 census, the village also has the highest poverty rate in the US. More than two-thirds of residents live below the federal poverty line and 40% receive food stamps. 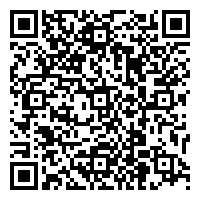