There’s oil in them northern Golan Heights … A LOT of oil, according to experts involved in drilling for the black gold over the past year.

Enough, in fact, to potentially make Israel self-sufficient for many years to come, according to Afek Oil and Gas chief geologist Dr. Yuval Bartov, who spoke on Wednesday with Israel’s Channel 2 TV news. Afek is a subsidiary of Genie Energy, a U.S. firm.


“We are talking about a strata which is 350 meters thick and what is important is the thickness and the porosity,” Bartov said.

“On average in the world strata are 20-30 meters thick, so this is ten times as large as that, so we are talking about significant quantities. The important thing is to know the oil is in the rock and that’s what we now know.”

The potential for production is huge: barrels in the billions, certainly enough to provide for decades of local consumption in a country which uses 270,000 barrels per day.

But now the question comes down to production costs – and the cost to the environment.

How easily can the oil be extracted from the ground, and what will such a process do to the flora and fauna in the area around the production site, if anything?

The debate over the latter issue might cost the state millions in political wrangling alone, not including the very real issue of how the environment will need to be protected. The complexities involved in extracting the oil may also end up being a more costly or lengthy process, depending on how far down the black gold runs and how difficult it is to bring up.

All of that assumes, of course, that the geopolitical debates over the Golan Heights will have been put to rest by the time the region’s oil production is ready to flow.

Exploratory drilling which began in December 2014 ended with three sites being tapped. Afek recently submitted a request to the government for authorization to drill an additional 10 wells. 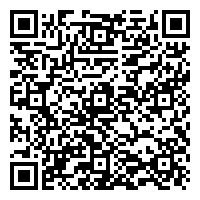