But West for Congress campaign manager Tim Edson on Wednesday announced: “This race is far from decided and there is no rush to declare an outcome. Ensuring a fair and accurate counting of all ballots is of the utmost importance. There are still tens of thousands of absentee ballots to be counted in Palm Beach County and potential provisional ballots across the district.”

The campaign also complained of numerous irregularities at polls across St. Lucie County. The doors to polling places were locked when the polls closed, in violation of Florida law, preventing the public from witnessing the tallying.

“The St. Lucie County Supervisor of Elections office clearly ignored proper rules and procedures, and the scene at the Supervisor’s office last night could only be described as complete chaos,” said a campaign press release. “Given the hostility and demonstrated incompetence of the St. Lucie County Supervisor of Elections, we believe it is critical that a full hand recount of the ballots take place in St. Lucie County. We will continue to fight to ensure every vote is counted properly and fairly, and accordingly will pursue all legal means necessary.”

The Art Of Sukkot 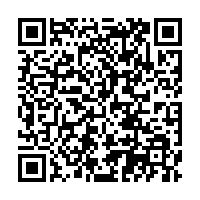