The NGO Monitor report suggests the “lawfare” campaigns of these NGOs seek to erase the context of Palestinian terrorism targeting Israeli civilians and to obstruct Israeli attempts at defending against it. And, of course, Al Haq, al-Mezan, PCHR and Aldameer all receive extensive direct and indirect funding from European governments. These governments irresponsibly fund and enable political campaigns with the sole purpose of demonizing Israel under a façade of human rights.

According to NGO Monitor, these four NGOs are all leaders in anti-Israel activities (including boycott, divestment and sanctions campaigns), and this submission is part of the ongoing “lawfare” campaign exploiting international institutions in general and the ICC in particular for anti-Israel campaigns. This tactic was adopted at the NGO Forum of the 2001 Durban Conference, and is an integral part of the Durban Strategy which seeks to demonize and delegitimize Israel.

Incidentally, according to NGO MOnitor, three of those NGOs have attempted to have Israeli officials, including Tzipi Livni, arrested in Europe for alleged “war crimes,” prompting the British and Spanish governments to amend their laws. Al Haq and PCHR have also filed several civil lawsuits in the UK, Canada, and the US against Israeli officials, the British government, and foreign companies, aimed at advancing BDS. All of these cases have been dismissed by the courts at the preliminary stages.

For a full list of the European entities supporting the ICC claims against Israel, consult the report.

By the way, according to the same report, Al Haq’s director Shawan Jabarin, who personally submitted the document to the ICC prosecutor, has been accused of being a member of the Popular Front for the Liberation of Palestine (PFLP) terrorist group, and has been denied travel visas by both Jordan and Israel. He has been described by the Israeli Supreme Court as “Dr. Jekyll and Mr. Hyde,” human rights activist on the one hand, and terrorist activist on the other. Al-Haq has also recently been accused of “corruption” leading the NGO to request the Palestinian Authority audit its books to clear it of suspicion. This investigation is still pending. 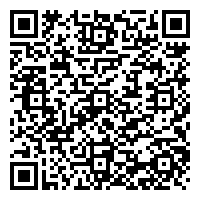