Gaza Arabs have been debating the mystery of the disappearance of a commander in the Al Qassam Brigades, the Hamas military arm, and many have suggested that he defected to Israel, Channel 2 News reported Tuesday night. The man in question is a senior commander in the Nukhba unit, an elite Hamas force specializing in underground tunnel warfare and in kidnapping Israeli civilians and soldiers. He is a resident of Khan Younis, in the southern Gaza Strip, and the son of a Hamas religious judge.

According to rumors from Gaza, the man told his family he was going for a walk and would be back in the evening, but instead crossed the border fence to Israel. Some in Hamas claim that the man was kidnapped by the IDF. In any event, he should be a source of valuable information for Israeli security forces.


In early May the Shin Bet revealed that another Hamas senior from the tunnel forces, Mahmoud Atawnah, 29, was arrested and has been providing information about the Hamas tunnel digging enterprise. Atawnah was reportedly arrested at the beginning of April after crossing from Gaza into Israeli territory armed with two knives. The Shin Bet said he confessed his plan to kill Israeli civilians or soldiers.

Atawnah provided his interrogators with information on the tunnels routes in the northern Gaza Strip, the methods for digging the tunnels, using private homes and public institutions as bases for the digging crews, and the construction materials being used. 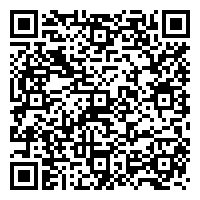