Saudi Arabia has announced it has severed all ties with the Hamas terror organization, according to a source in the Palestinian Authority (PA).

The Saudis reportedly made the announcement in a meeting with the United Nations’ Special Coordinator for the Middle East Peace Process, Nickolay Mladenov.


He has been attempting to mediate between the Saudis and Hamas after the Kingdom rounded up several Hamas operatives and imprisoned them several months ago.

The Saudis also announced they will not release the senior Hamas officials, who are being held on charges of financing terrorism.

Saudi authorities are holding Hamas official Mohammed al-Khoudari along with his son. Al-Khoudari oversaw Hamas’ relations with Saudi Arabia for over two decades.

They further warned that Hamas operatives who will enter their territory will be immediately arrested and charged with financing terrorism.

Hamas spokesman Hosam Badran stated last week that no progress has been made in the issue of the Hamas officials detained by Saudi authorities.

In a press release, Badran denounced the Saudi arrests as “inexplicable and unacceptable.” 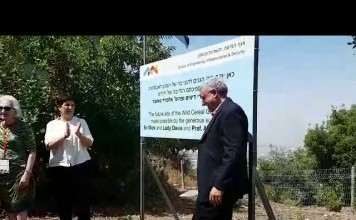