Khaled al-Hamad, a.k.a. Abu Sakkar, a Syrian rebel who back in 2013 entertained the YouTube audience with a gruesome video showing him cutting out the heart of a Syrian soldier and eating it raw, has been shot dead, the Syrian Observatory for Human Rights reported on Tuesday. The Observatory said that rival rebels “assassinated Khaled al-Hamad, who was known as Abu Sakkar and who was a military commander in Al-Nusra, by gunning him down” in the northwestern province of Idlib. They added, “He was likely killed in a settling of accounts.”

Apparently, Abu Sakkar joined the Al-Qaeda-affiliated Al-Nusra Front about a year ago.


The clip that made him a star, posted by a pro-government campaign group, showed Abu Sakkar, then still the founder and chief of Homs’ Farouq Brigade, standing over the uniformed corpse in a ditch while expressing his differences of opinion with President Bashar al Assad. Then, as some of those differences often end up, he took out his knife, hacked open the dead Syrian’s torso and removed the heart and the liver, held them up to the camera and declared: “I swear to God we will eat your hearts and your livers, you soldiers of Bashar the dog.”

He then raised the heart to his mouth and bit off a chunk.

At the time, the Syrian Supreme Military Council issued a poster, which was also circulated on Facebook, calling for al-Hamad’s arrest, “Dead or alive.”

Or, as Abu Sakkar would have phrased it, “Raw or lightly sautéed with some onion and garlic.”

A search of the Internet reveals an ongoing dispute over whether or not Islam permits, never mind encourages, eating human flesh. The credible citation point to an opinion issued by Al-Azhar university scholars, or at least with their approval, permitting human and pig flesh eating when no other nourishment is available. That’s not the same as advocating eating the flesh of your enemy.

However, a Michigan State University report from 2014 suggests that Kuru, a neuro-degenerative disorder that is associated with cannibalism, has emerged in Syria, claiming some two dozen lives. According to the report, “Kuru resurfaced in the Muslim community recently among Syrian rebels who were rumored to be eating the hearts of victims, 2 of these rebels were then hospitalized and transferred to Germany to be treated for the disease signifying the emergence of the disease in Syria.” 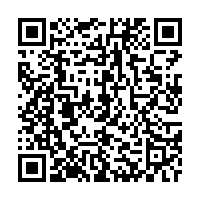