Russia is one of Israel’s primary exports market, with produce amounting to 30 percent of all exports. The association, an umbrella organization for Israel’s agricultural bodies, was scheduled to hold an emergency meeting on Wednesday to discuss the impact the Russian crisis may have on the local industry.

In a letter sent to farmers and exporters, Farmers Association Chairman Meir Zur wrote, “The financial situation in Russia has a direct impact on Israel’s agricultural exports. The immediate losses suffered by the farmers amounts to 200 million shekels ($51 million). This is an extremely serious situation that requires immediate government intervention.”

Farmers and exporters, he continued, “Are on the verge of financial ruin. There has been a substantial decrease in exports, and there is a real concern among Israeli farmers that Russian clients would default on their debts because of the crisis. … Thirty percent of Israel’s exports to Russia are of produce, including potatoes, bell peppers, carrots, avocados, radishes and citrus. Israeli farmers have been financially compromised by the crisis in Russia, because produce is sold at a substantial loss.” 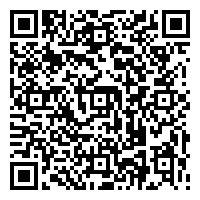