Russia’s Channel One reported that his body was found on Saturday in the bathroom of his home in the London area, and that he had suffered a heart attack last week. But ThamesValley police say his death is being treated as “unexplained,” the Guardian reported.


“Officers found nothing of concern in the property and we are now progressing the investigation as normal,” said a statement from police about tests for biological or chemical poisons,

Berezovsky fled to Britain about 10 years ago, after a bitter falling out with Russian President Vladimir Putin amid fraud charges that Berezovsky said were politically motivated. He was born in Moscow in 1946 to a Jewish father and a mother with Jewish roots. He immigrated to Israel in 1993 but later renounced his Israeli passport.

Berezovsky became a strident and frequent critic of Putin, accusing the leader of ushering in a dictatorship.

He accumulated his wealth in the years following the collapse of Soviet Russia, when he acquired local firms, among them oil companies and television stations, rising to prominence during the term of Boris Yeltsin in the nineties. Russian media reported recently that Berezovsky, once the richest man in Russia, had suffered heavy losses. 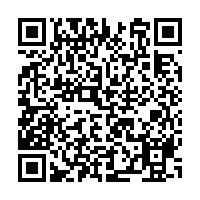