The Zionist Organization of America last week spent a day on Capitol Hill lobbying for an end to assistance for the Palestinian Authority and conditions on aid to Egypt.

Hundreds of activists from 16 states across the country, from California to Ohio, to Pennsylvania and Florida, participated in the ZOA’s Annual Advocacy Mission to Washington, D.C. on Wednesday, May 22. Meeting with more than a hundred Members of Congress and their legislative assistants, ZOA activists urged them to:

2). Oppose $650 million in U.S. aid to Mahmoud Abbas’ Palestinian Authority (PA) until it fulfills its signed agreements under Oslo to arrest and imprison terrorists, dismantle terrorist groups and end the incitement to hatred and murder within the PA-controlled media, mosques, schools and youth camps, and to recognize Israel as a Jewish state.

3). Support making $2 billion U.S. aid to Mohamed Morsi’s Muslim Brotherhood-supported regime in Egypt conditional on Cairo observing its 1979 peace treaty with Israel (which it is not, says the ZOA), restricting and even banning further weapons sales to Egypt, and stopping incitement against Jews and Israel, affording full rights for women and Christians and ending Muslim Brotherhood rhetoric that the U.S. will collapse.

At the ZOA’s Congressional Luncheon, held prior to the congressional meetings in a magnificent room in the Russell Senate Office Building, ZOA activists were joined at the luncheon by both Democratic and Republican U.S. Senators and House Members, who delivered speeches to the packed audience. Here is a sampling of their comments:

Senator Benjamin Cardin (D-MD): “ZOA, give yourself a round of applause. The overwhelming majority of Congress didn’t come through the Jewish community. And yet we have strong support among Democrats and Republicans and Independents. That doesn’t just happen. It happens because you are here, speaking out on what’s important.…

I am proud that this special relationship that began with Harry Truman when he fought the State Department to recognize Israel has flourished … I had chance to visit Israel and Turkey, trying to improve the relationship between Turkey and Israel … Syria represents a serious problem, not just for the people of Syria but for Israel. Assad must go … The most important security challenge facing us is to prevent Iran becoming a nuclear weapons state … I’m going to visit China next week, I will talk to them about the crude oil they import from Iran … Thanks for helping us show to the American people how important is Israel’s relationship to the United States. This relationship strengthens our ability to stand for what is right in the world. Keep up the good work!”

Senator Rand Paul (R-KY): “I was asked before coming here today, ‘Why are you going to ZOA?’ I answered, ‘Why? Because ZOA was the only organization that supported my amendment saying no more money and arms to the Muslim Brotherhood in Egypt … Giving F-16 planes and M-1 tanks to them? One day we’re going to regret this.”

Turning to Mohamed Morsi and the Muslim Brotherhood leadership in Egypt, Rand said, “You now have a president in Egypt who says Jews are sons of pigs and apes and a president who stands next to a preacher saying ‘Death to Jews and all their supporters,’ which includes America. If they want our funding, why don’t they affirm their support for the Camp David accord? Why don’t they reaffirm that Israel has a right to exist?”

Turning to another deeply problematic recipient of U.S. aid, Pakistan, Paul said, “They have put a man, Shakil Afridi, in jail for the rest of his life because he helped us find Bin Laden, which was a big thing, that makes him a big friend of America, so I say – No more money to Pakistan unless you free Shakil Afridi. If you want to be a friend of America, act like one.” Speaking of Israel, he observed, “There one thing I know I can say: You will never see anyone in Israel burning the American flag … the U.S. and Israel have a great shared religious and cultural history.” 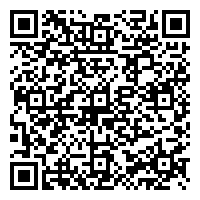