Saudi Arabia has begun to allow women to enter the military for the very first time.

The Saudi Directorate of Public Security is to begin hiring female soldiers, according to a report Monday by Gulf Business quoting the Saudi Press Agency.

The directorate has opened the door to accepting women in military posts for the rank of “soldier” in Riyadh, Makkah, Madinah, Qassim and Asir, SPA reported. Applications were being accepted through the Ministry of Interior portal until March 1.

The Directorate of Public Security oversees investigation and prevention of crime, the war on drugs and narcotics, traffic control, motor vehicle and drivers’ license and registration, civil complaints and protection of visitors to the holy mosques, according to the Saudi Interior Ministry website.

In order to be accepted for admission to a military post, a female applicant must be of Saudi origin – “excluding those who grew up with their father in a government job outside of the kingdom” – and have at least a high school diploma, according to the website. Applicants must be between 25 and 35 years of age, no shorter than 155cm “with height proportional to their weight” and pass a personal interview and medical tests.

They must also be “‘well-behaved,’ have not previously been employed by a government agency or within the military system and are not married to a non-Muslim. In addition, their male guardian must be in the same region the job is located,” according to the Saudi Press Agency. 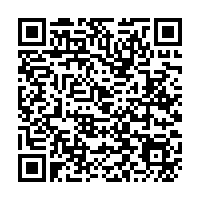