The 32-year-old prince said in an interview on CBS television’s “60 Minutes” late Sunday that women in the Kingdom of Saudi Arabia no longer have to wear the long, loose-fitting black abaya in order to be considered modest.

A similar statement was made last month by a senior Saudi cleric as well, who directed women to “dress modestly” but pointed out that such attire did not require an abaya or head covering.

“The laws are very clear and stipulated in the laws of sharia (Islamic law): that women wear decent, respectful clothing, like men,” Prince Mohammed said in the interview. “This, however, does not particularly specify a black abaya or a black head cover. The decision is entirely left for women to decide what type of decent and respectful attire she chooses to wear.”

Crown Prince Mohammed bin Salman arrived Monday in Washington DC on a two-week, coast-to-coast visit which will include a stop in Silicon Valley as well as the series of meetings with Trump administration officials at the start of his stay.

The Crown Prince will visit centers of entertainment, finance, oil and technology, according to Fortune magazine. He’ll be stopping in New York, Los Angeles and San Francisco for meetings with the heads of Apple, Google and “top movie executives, according to Bloomberg. 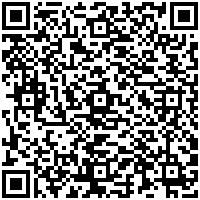