Three more bodies — the last of six — were recovered over the weekend from the rubble of the collapsed underground parking lot building under construction in Tel Aviv.

Since Monday, 500 IDF soldiers from the Home Front Command search and rescue division, as well as officers and civilian organizations pulled 10 people from the wreckage of the building.


“For six days forces … have been operating to save lives from the destruction site,” said IDF Home Front Command Major-General Yoel Strik. “Today the efforts have come to an end with the extraction of the last trapped from under the rubble, unfortunately lifeless.

“We send our condolences to the families. We will continue to aid during disaster as long as we are needed to set an example as a professional search and rescue body.”

The forces used “up to date technologies” to rescue as many people as possible, alive, said Colonel Amir Ulu, commander of the Dan District.

“During the entire extraction multiple rescue forces and organization took part in the effort,” he said. 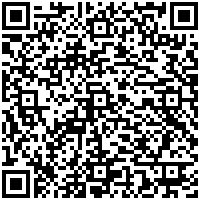