A 2,000-year-old key, as well as hatchets and splitting wedges, were found in a huge quarry dating back to the first century CE. The ancient quarry exposed in recent weeks during excavations conducted by the Israel Antiquities Authority before the construction of the new Jerusalem Road 21, connecting the neighborhoods of Ramat Shlomo and Shu’afat northward with Beit Hanina and the Atarot Industrial Park.

Excavations are mandatory prior to the start of public works in Israel.


The large quarry that has been exposed—about a quarter of an acre—join the other major quarries documented and explored in the past by the Israel Antiquities Authority. Studies have shown that today’s northern neighborhoods of Jerusalem are sitting on the “city of quarries” of Second Temple Jerusalem.

According to Irene Zilberbod, excavation director on behalf of the Israel Antiquities Authority, “the phenomenon of quarrying has created a spectacular sight of the sentinel rock and rock terraces, as well as craters, as a result of the work of human carvers. The exposed sites feature boulders at various stages of hewing, and some were found at an early stage, when they had just been prepared for disconnection. Some of the quarried stones exceed six feet in length. Apparently, those huge stones were carved for use in public buildings in the city. ”

Zilberbod explained that “the axes were used to carve out channels in order to separate the stones from the surface of the rock. The splitting wedges (compressed iron arrowheads) were designed to remove the stone base from the rock using hammer blows.” 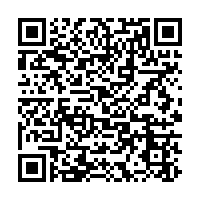