Professor Stephen Hawking now supports the academic boycott of Israel, because of Israel’s treatment of Palestinians, the Guardian reported Wednesday, and to show it, he pulled out of the conference that will be hosted in June by Israeli president Shimon Peres in Jerusalem..

Hawking, 71, “the guy who invented time,” as the Big Bang Theory character Penny calls him, is a mega-famous theoretical physicist and the Lucasian Professor of Mathematics at Cambridge University. He had initially accepted an invitation to speak at the fifth annual president’s “Facing Tomorrow” conference (possibly the last one, too, since the next president might not be up to it).


Hawking is in very poor health, according to the Guardian. He suffers from a motor neuron disease related to amyotrophic lateral sclerosis (ALS – also known as Lou Gehrig’s Disease), a condition that has progressed over the years. He is almost entirely paralyzed and communicates through a speech generating device.

Last week, the author of “A Brief History of Time” wrote President Peres a brief letter ignoring a good 50% of History, saying he had changed his mind and won’t appear at the much touted conference.

A statement published with Hawking’s approval by the British Committee for the Universities of Palestine, said the reason for the insult to Peres and to Israel is “his independent decision to respect the boycott, based upon his knowledge of Palestine, and on the unanimous advice of his own academic contacts there.”

The Guardian reports that in the four weeks since Hawking’s participation in the Jerusalem event was announced, the great man has been “bombarded with messages from Britain and abroad as part of an intense campaign by boycott supporters trying to persuade him to change his mind.”

It worked. Finally Hawking broke down, and told friends he decided “to follow the advice of Palestinian colleagues who unanimously agreed that he should not attend.”

Here’s the catch: almost a year ago, The Jewish Press ran a story about Israeli scientific advancements in the use of stem cells to treat a variety of serious and debilitating illnesses, resulting in the miraculous recovery of the dean of the Mir yeshiva, Rabbi Refael Shmuelevich, from ALS.

A clinical trial of ALS patients conducted by Israel’s BrainStorm Cell Therapeutics shows their therapy, NurOwn, is safe and well-tolerated by patients, and not only capable of halting the progress of the illness, but can actually reverse the course of the disease, improving the breathing, muscle strength, and speech capabilities of sufferers with nerve damage in the brain and spine.

At the Mayo Clinic in Minnesota, Rabbi Shmuelevitz was given just 2-4 years to live, until he succumbed to the most severe form of the neuromuscular diseases. Soon his speech became difficult to understand, and he was confined to a wheelchair.

But just one month after beginning an experimental treatment spearheaded at Hadassah Medical Center in Jerusalem, Rabbi Shmuelevitz was back on his feet, teaching again at the 7,000-student yeshiva, as he has done for the last 30 years. His recovery was not only touted as a miracle and a joy for the students of the Mir yeshiva, but is being called the first ever recovery from ALS.

The Mayo Clinic is participating in clinical trials of the BrainStorm drug.

It’s possible that next time Professor Hawking comes to Jerusalem, it would be to receive treatment rather than to rebuke the local scientific community.

Except, as a Jewish Press manager commented online: Maybe Hawking just prefers the innovations and gifts the Palestinians have brought to the world… big bangs.

Hawking has visited Israel four times, most recently, in 2006, when he said he was “looking forward to coming out to Israel and the Palestinian territories and excited about meeting both Israeli and Palestinian scientists.”

But as of now, it’s down to just Palestinian scientists.

“The academic boycott against Israel is in our view outrageous and improper, certainly for someone for whom the spirit of liberty lies at the basis of his human and academic mission. Israel is a democracy in which all individuals are free to express their opinions, whatever they may be. The imposition of a boycott is incompatible with open, democratic dialogue.”

Malka Fleischer contributed to this report. 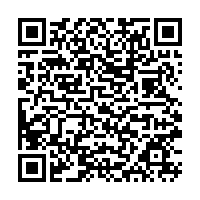